As I’ve told you here before my girlfriend broke up with me after we just moved in together (well okay we were living with each other for like 6 month). The reason why she didn’t want to live together with me sounded like something she made up (“I can’t stand your attitude towards life anymore”) and honestly I don’t really care what the real reasons are. I am just a bit sad that I have to move out again, since I cannot afford the flat on my own.

It’s not like the rent is expensive or anything, but since I took out a loan when we moved into the house to fix all the things and get new furniture, it’s a bit much with rent and the credit payments. So I found a small one room apartment in Ahrensburg which was a bit more affordable and not far away from my work. Luckily I was able to get a security deposit set up on short notice and could move into my new home in April. Internet was back 14 days later as well.
Nicole kept her cat Luna obviously and even Smoky stayed back at my old home since he became REAL good friends with the neighbors cat and they were practically inseparable. He also more or less lived in their house anyways, so I talked with them and they agreed that he could stay.

Around this time I got notified by my employer that Acer had decided to lay me off (I am employed by a temp working agency and the companies I am “lend to” can lay me off on a very short notice). You could tell that the reasons are made up, because my higher ups were pretty mortified when they realized that I just moved to Ahrensburg because of the work. The “official” reason was that my performance wasn’t on par with what was expected from me. Strangely I have gotten bonus payments from the second month I started there until the last (I’ve always received the “bigger” bonus, that you only received if you’d done at least 130% of the expected work). I never was told the real reason, but since the department I worked in was closed down and the workload was distributed to the team leaders this might be a clue.
Well since I am employed by a temp work agency they instantly handed me my termination notice (4 weeks) and started to look for a new job for me. This is common practice with those agencies btw.

For me that was rather fcked up, because I not only had to pay back the loan but also the expenses for moving into the new flat as well as some debts I had piled up myself. To top everything up there were some things with my brother which happened a year prior that I had to take care of as well. So financially I was broken beyond repair. I was really lucky that my mother agreed to help me with those things and I could more or less start fresh.
About two weeks later I got notified by my employer that they had found a new company that would like to see me for work. When the agent described the job I was like “yay call center”, but it turned out that Telefonica was offering me a position in the back office where I would never have to talk to end customers at all. The only people I would talk to were technicians of the Deutsche Telekom an the re-seller we sold products. The work itself consisted mostly of handle tickets in a computer system and direct technicians where needed. Pretty nice job with an even higher salary as Acer paid.

I’ve switched ISPs from 1&1 to Kabel Deutschland since 1&1 was unable to upgrade my line to 50mbit/s (because of an internal problem). So instead of 16mbit/s I was now surfing with a 100mbit/s connection with 6mbit/s upstream.

I was also visited by an old childhood friend – Elizabeth who wanted to catch up on the past and see what happened to me. Well we became good friends, went onto some Concerts together (Seeed in Berlin for example) and she got me an appointment at a tattoo studio for my birthday.

During the course of a week I painted Ahri from League of Legends and my OC Blackbird onto one of the larger walls in my flat. Telefonica had a nice color laser printer which I abused to print the templates which I traced onto the wall and painted over the lines with leftover color from Thesdorf.

Below you can see some of the photos from this year 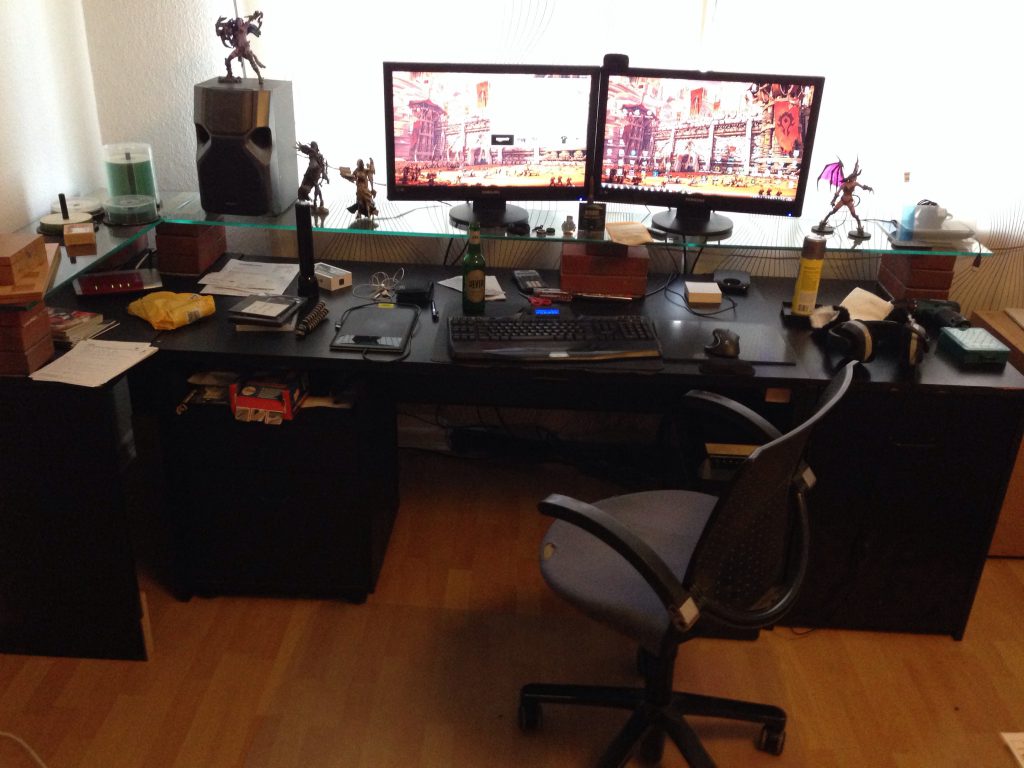 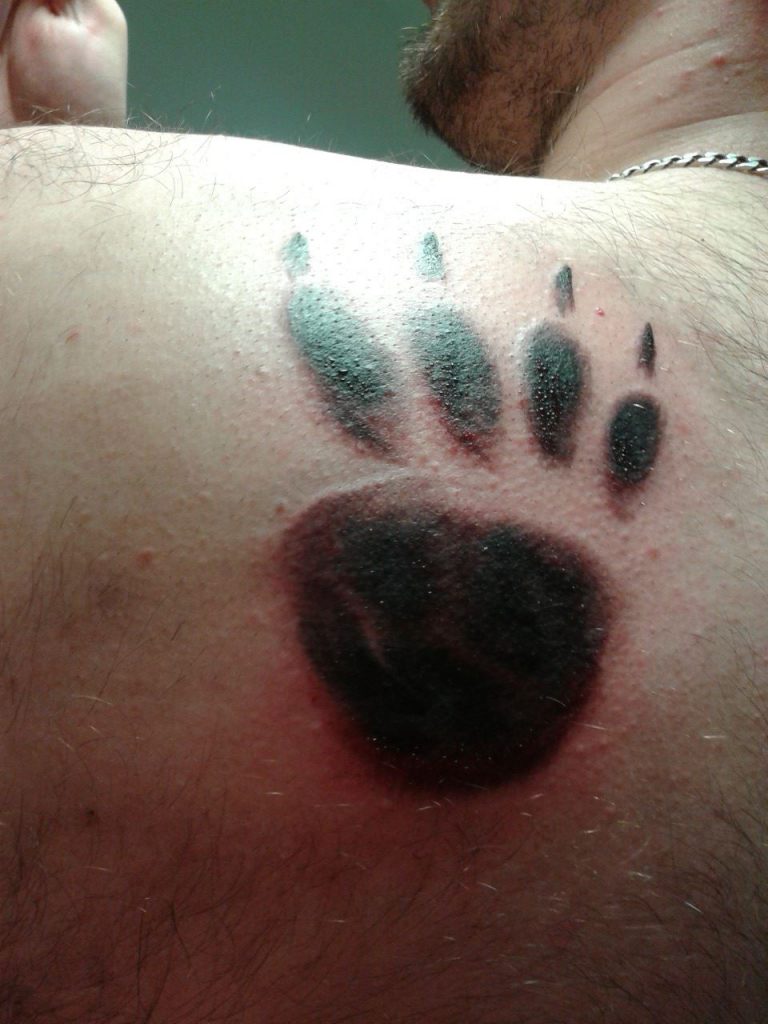 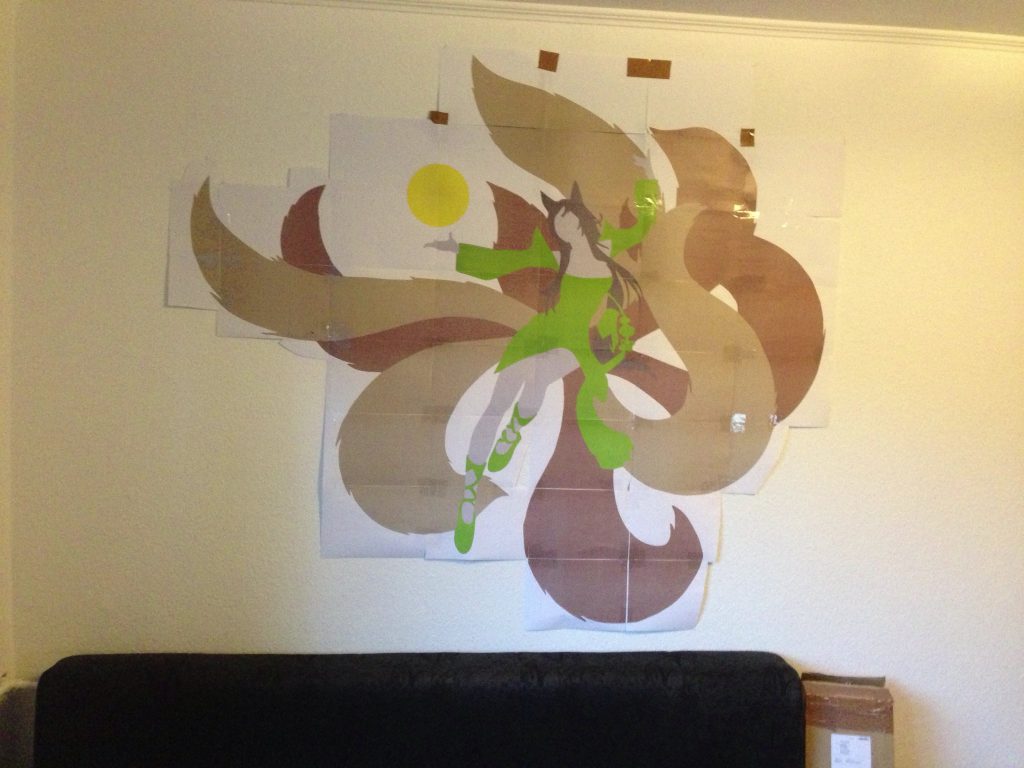 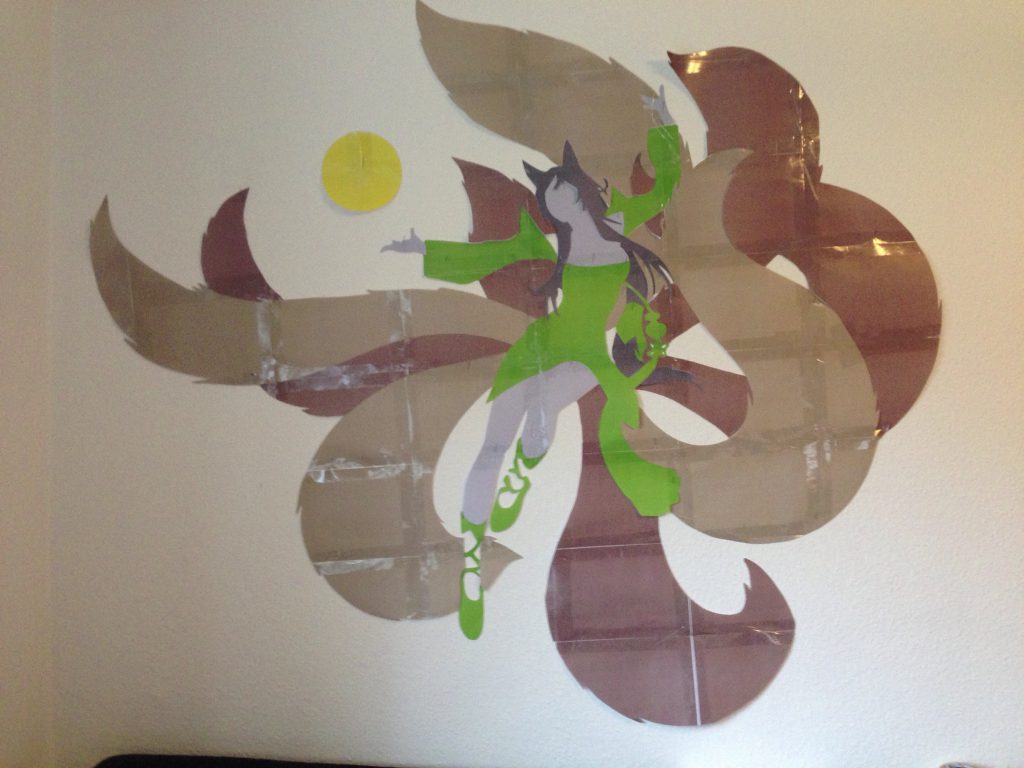 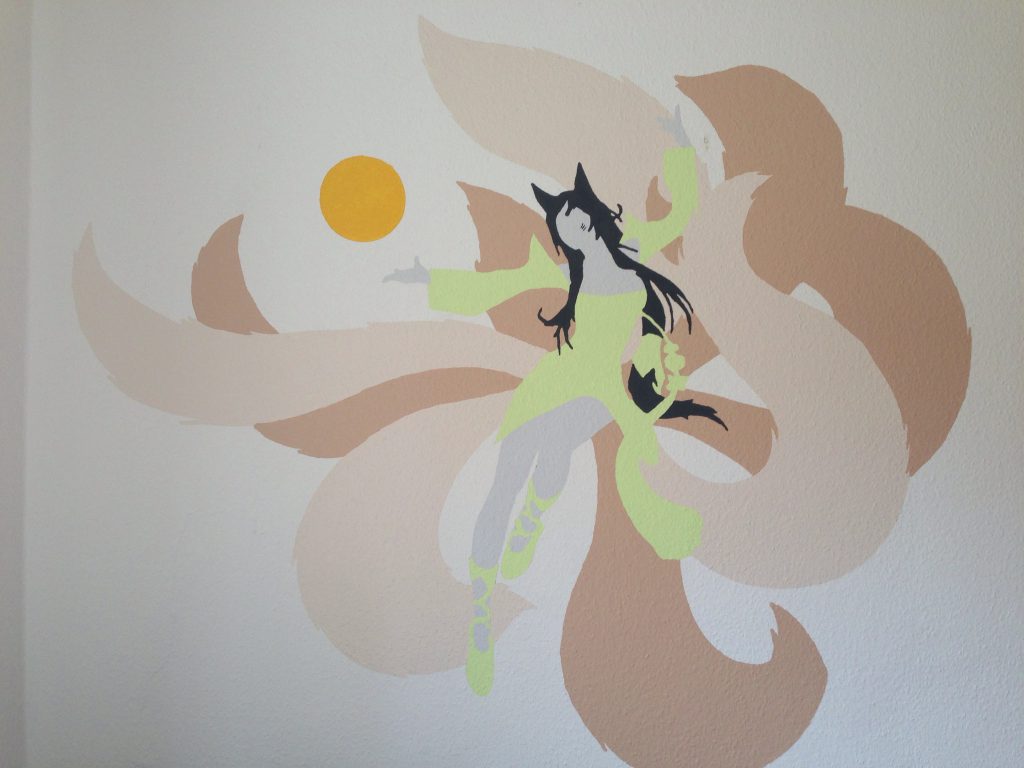 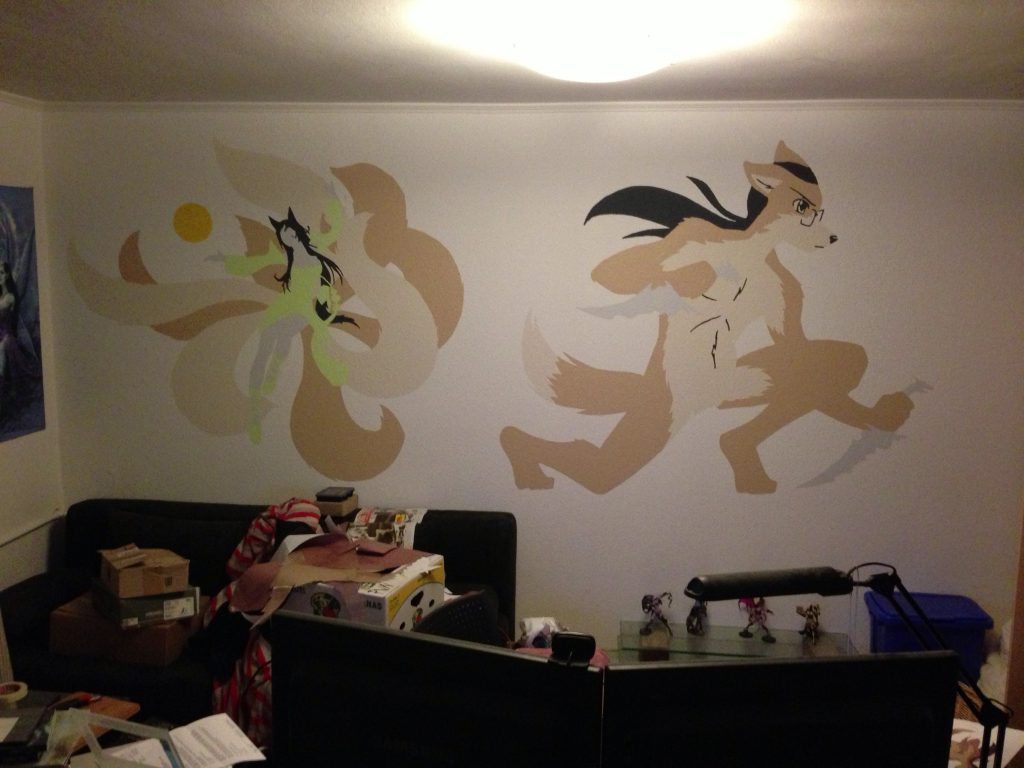 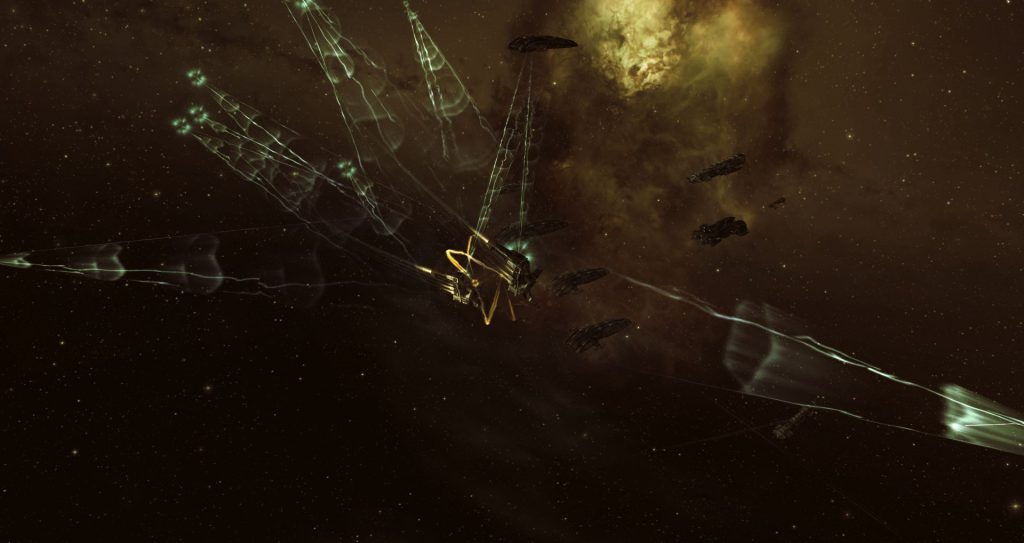 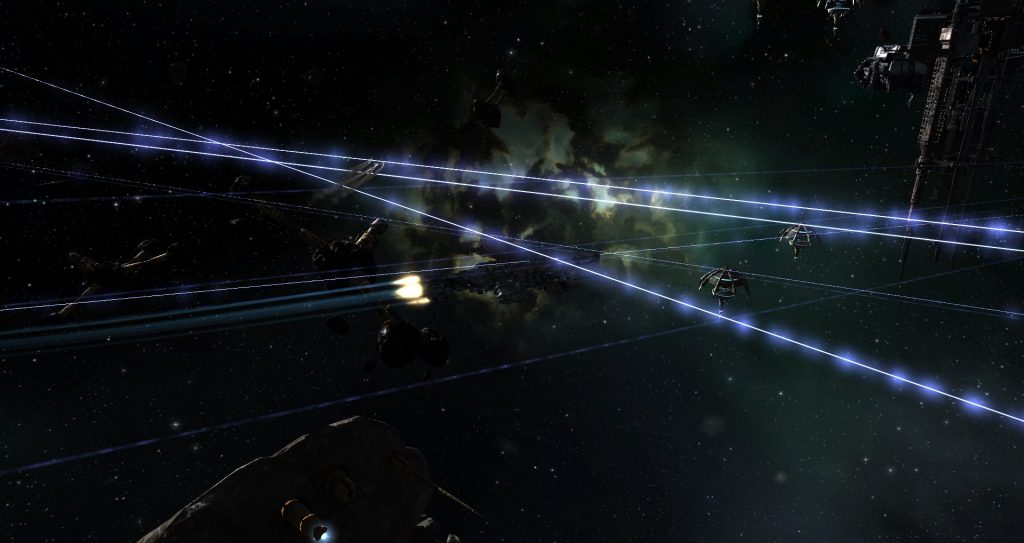